The Australian National Construction Code contains the deemed to satisfy requirements for fire in Volume 1 Specification C1.10. This requires flexible and rigid ducting to be comply with AS 4254-2012.

AS 4254-2012 ductwork for air-handling systems in buildings has two parts: 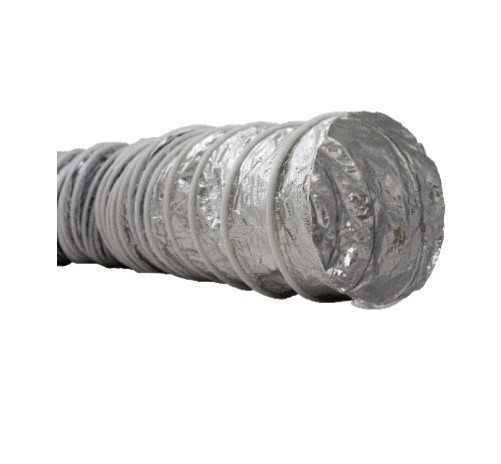 Amongst other physical tests, ducting used for air handling systems must comply with the requirements of two flammability tests.

A flame is applied to the external face of the ducting in all positions for 60 seconds then withdrawn. The specimen is then observed for any flaming or glowing. If flaming or glowing ceases in 60 seconds or less, the flame is applied again in the same position for 60 seconds. After withdrawal of the flame, the duration of the flaming or glowing is noted. When particles drop from the samples that are oriented horizontally and at 45-degrees during the exterior exposure tests, these particles are allowed to fall onto a horizontal plane covered with a layer of untreated surgical cotton.

Following exposure of the exterior surface of the first three samples, similar tests are conducted on the remaining three samples of the set by applying flame to the inside surface.

A vertically mounted specimen is brought to a position 850mm in front of a radiant. At 30 second intervals the specimen is moved closer to the heat source in a series of steps. If ignition has not occurred after 12.5 minutes the specimen remains 175mm from the panel for a further 7.5 minutes (i.e. a maximum total exposure time of 20 minutes) or until ignition occurs whichever is sooner.

During exposure, a small gas pilot flame is held 15mm in front of the specimen. This pilot flame will ignite combustible gases given off but not the surface of the specimen. When ignition occurs the forward movement is stopped. The mean time to ignite for all specimens, subtracted from 20, determines the IGNITABILITY INDEX.

During exposure a radiometer is used to measure the heat radiated from the specimen. There is a steady increase as the specimen moves towards the heat source, followed by a rapid increase at ignition. The recorded radiometer output is later analysed to determine;

a)         The rate of rise after ignition by measuring the time taken for the radiation to rise by 1.4 kW/m2 from its value prior to ignition, and

b)         The area under the radiation curve for the next two minutes after ignition which is converted to a heat evolved value in kJ/m2.

The results of all specimens tested are averaged and the SPREAD OF FLAME INDEX and HEAT EVOLVED INDEX are determined from tables given in the standard.

Please do not hesitate to contact us in regards to T18 Duct testing or for further information other testing requirements.